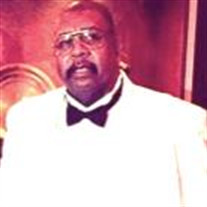 Curtis Carter, 68, signed off one last time and entered into eternal rest Friday December 22, 2017, peacefully at his home. He was the son of the late Ethel Mae Briggs and the grandson of the late Oscar Briggs, Sr. and Lelia Nelson Briggs. Curtis Carter (CC) first went on air in 1974 as an intern at Gulf Coast State College. He actually joined the team in 1986 as a full-time broadcaster in1986--creating two shows “Soul With CC”, and “Blues After Midnight”--giving the (City by The Bay) the Blues they can use for over 40 years! CC retired in 2016 but still continued his show “Soul with CC” every Saturday morning on 99.3—THE BEAT. His final days were spent doing what he loved the most, calling and checking on family and really enjoying retirement. Even though his paperwork said he was retired, he never slowed down. He loved bumping into fans while out shopping or hanging with friends. He loved the people more than he loved the music. Every time he opened his mouth, his voice was used to encourage others. The same personality you got on Air was the same personality you got at the grocery store. He would always be amazed at the people who said they had to clean every Saturday morning while listening to his show or the numerous people who told him that the music he played helped them through some hard times in their lives. His fans made it so hard for him to retire. Who was going to give them the Blues they use, who was going to talk about the one-eyed woman, who was going to check on all his Hens in the Hen House? CC remained the voice and number one in Panama City and surrounding areas until his untimely death. The Legend finally had to sign off. He is preceded in death by his mother Ethel Mae Briggs, His brother Carl Carter, Great Aunt Catherine Nelson. Seven uncles also preceded him in death: Oscar Briggs, Jr., Eddie Briggs, Ralph Briggs, Renard Briggs, J. D. Briggs and Raymond Briggs Lawrence Briggs. He is survived by his brother: John Steele, sisters: Glenda Briggs, Liz Carter of Atlanta; one loving uncle: Coley Coleman, best friend: Billy Reggie Givens. He also leaves to mourn: eight nieces and nephews, Carla Carter, Corey Carter, Ty Steele, Cortina McCray, Derrick McCray, Kassin Carter, Christian Carter and Tonia Star; along with a host of other family members and friends.

Curtis Carter, 68, signed off one last time and entered into eternal rest Friday December 22, 2017, peacefully at his home. He was the son of the late Ethel Mae Briggs and the grandson of the late Oscar Briggs, Sr. and Lelia Nelson Briggs.... View Obituary & Service Information

The family of Curtis Carter created this Life Tributes page to make it easy to share your memories.

Curtis Carter, 68, signed off one last time and entered into...

Send flowers to the Carter family.